Information presented on this page was obtained from the Town of Bethany Beach Heritage Trail pamphlet, Delaware State Historic Preservation Office, owners and occupants of the homes and photographs taken while walking through town. (click here for Heritage Trail map)

Located at the intersection of Garfield Parkway and North Pennsylvania Street

The Disciples of Christ Church, of Washington, DC and the Pittsburg, PA area, started activities at The Christian Conference Center in 1901 for summer camp meetings.

The two story brown building closest to North Pennsylvania Avenue was built in 1938 at a cost of approximately $7,000. During World War II, the U.S. Army used the building. Today the building is again used by the church to house those attending summer conferences. 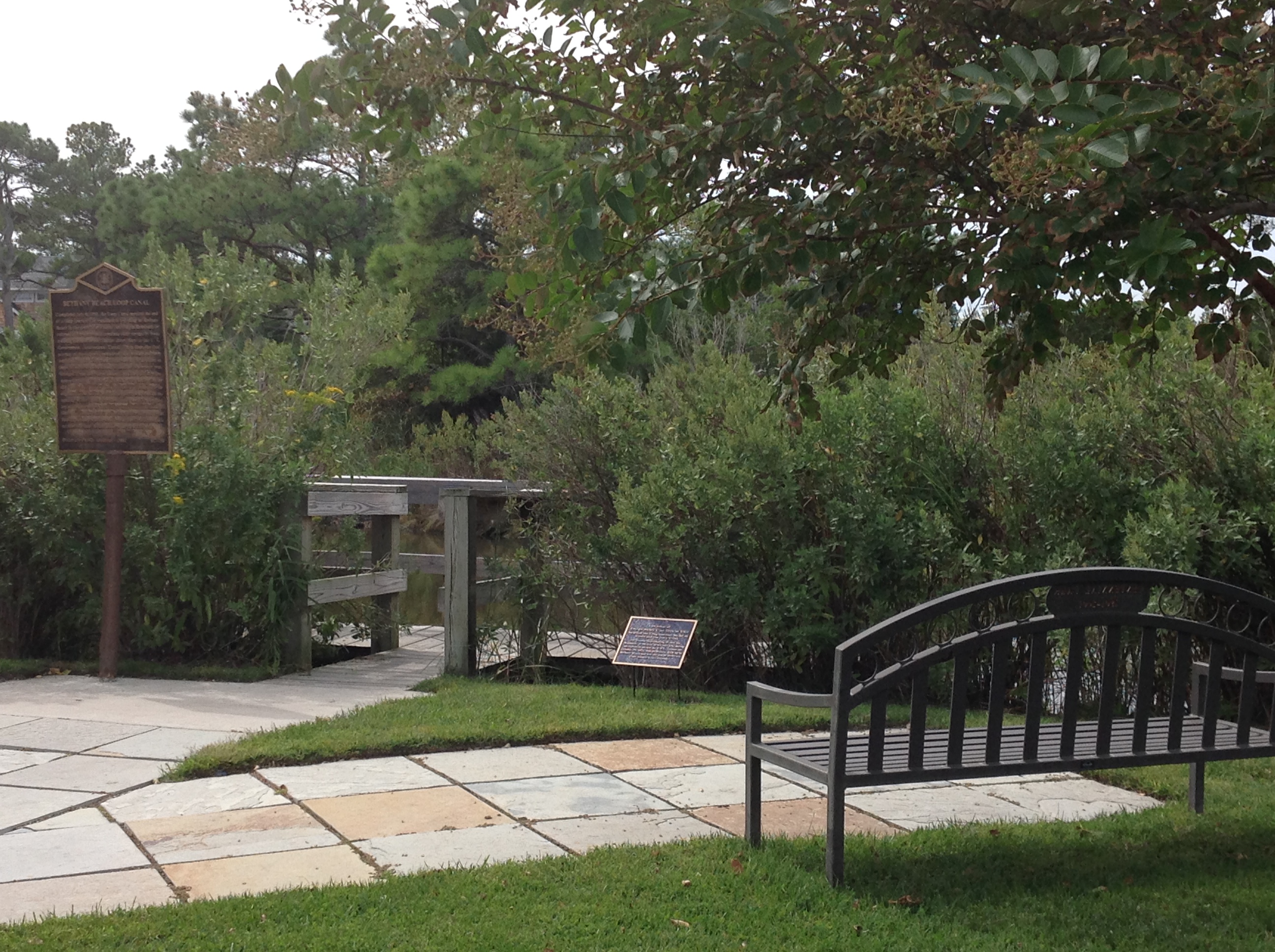 Located at the intersection of North Pennsylvania Avenue and First Street

The Loop Canal was completed in 1910. As one traveled to Bethany Beach from the Rehoboth train station, they rode on a wood-burning steamboat down the Lewes-Rehoboth Canal to the Assawoman Canal (dug around 1890) to Pennewell's Landing in Ocean View. There they boarded the "Allie May", a shallow water boat for the final mile of travel to Bethany Beach. This is included as this is how our original settlers entered and exited Bethany Beach. 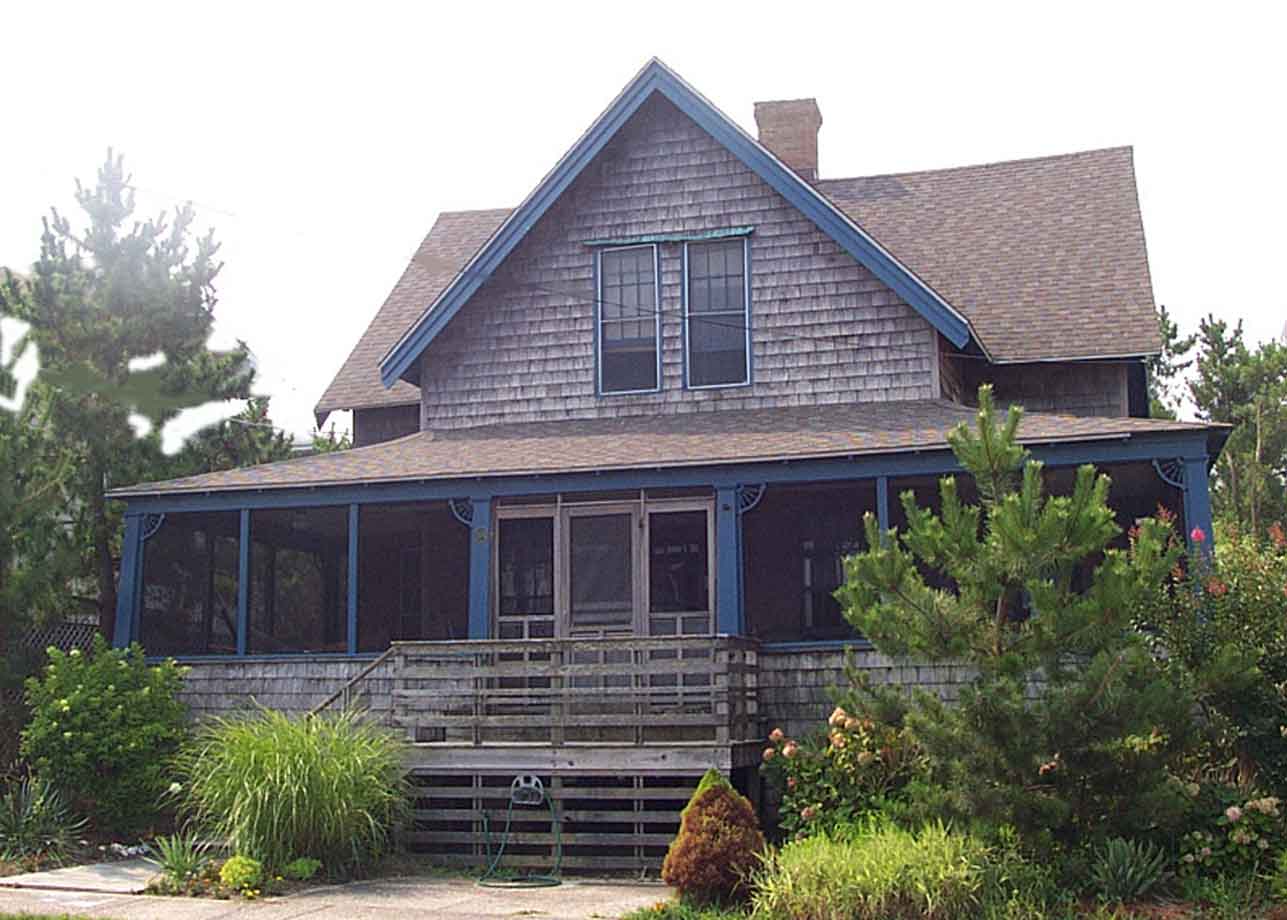 This was the first of several cottages built by John M. Addy, one of the original six Pittsburgh businessmen, who founded the Town - Built in 1902, the house is a symmetrical five-bay, one and a half story Folk Victorian house. A cross-gable roof displays a slight eave overhang supported by molded wooden brackets. A raking cornice adorns the roof-wall junction, while lace-like spandrels add Queen Anne detailing to the gable pitch.

An interior corbelled brick chimney is located in the ridge of the gable roof and weathered wood shingles cover the original clapboard siding. A large screened porch with replaced posts and balusters encompasses the projecting gable-roof central wing. 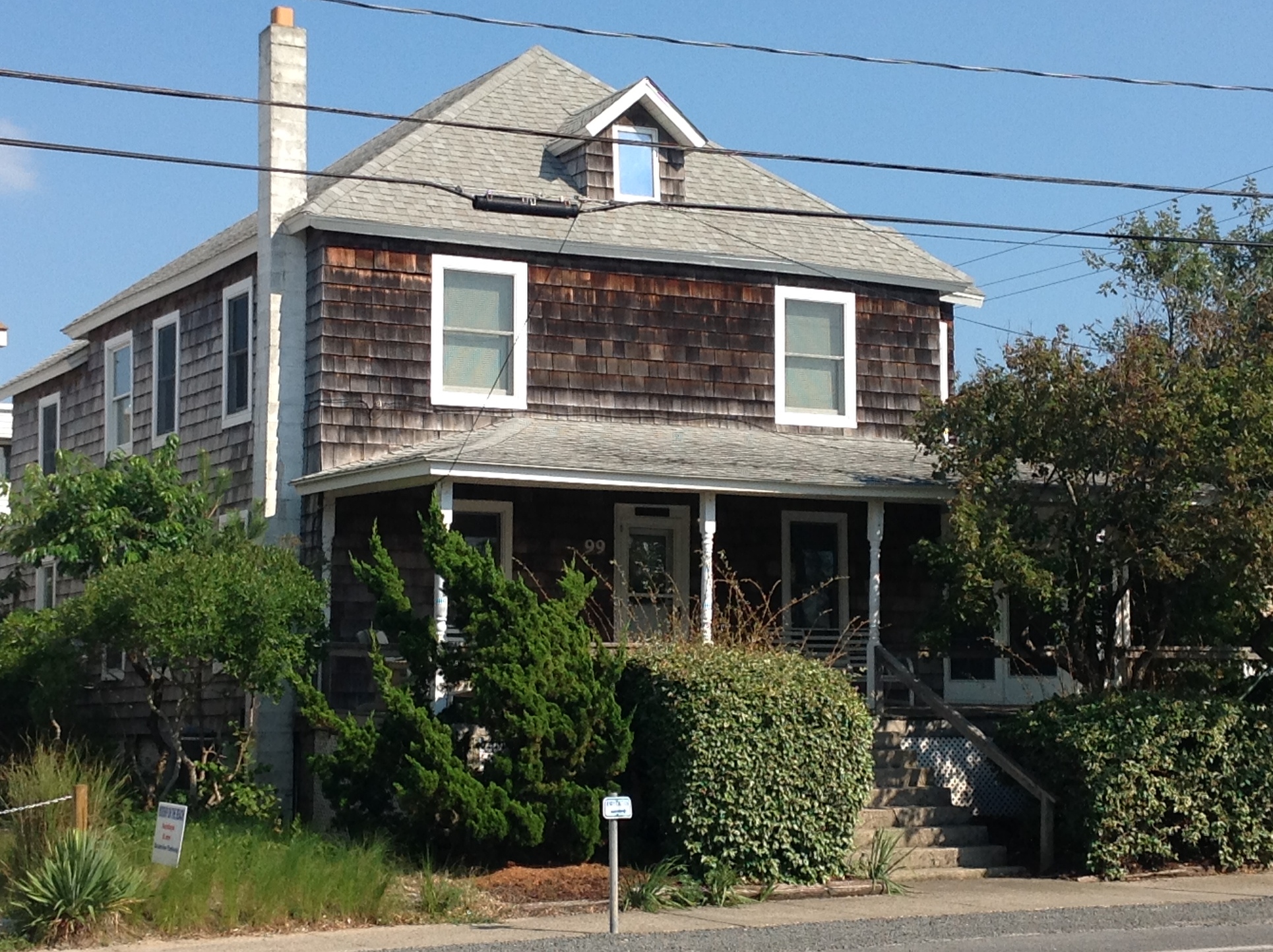 The Dinker House was built circa 1904. Situated on the ocean side of Atlantic Avenue, the hip-roofed, two-and-one-half-story cottage, with a wrap-around porch, was the second house to be built by William A. Dinker, one of the original six Pittsburgh businessmen, who founded the Town.

Originally painted orange and black and called the Oriole, this house was once covered in clapboard siding with fish scale shingles in each gable pitch, it is now covered in hand hewn wood shingles.

William E. Errett, one of the original six Pittsburgh businessmen, who founded the Town of Bethany Beach, built this 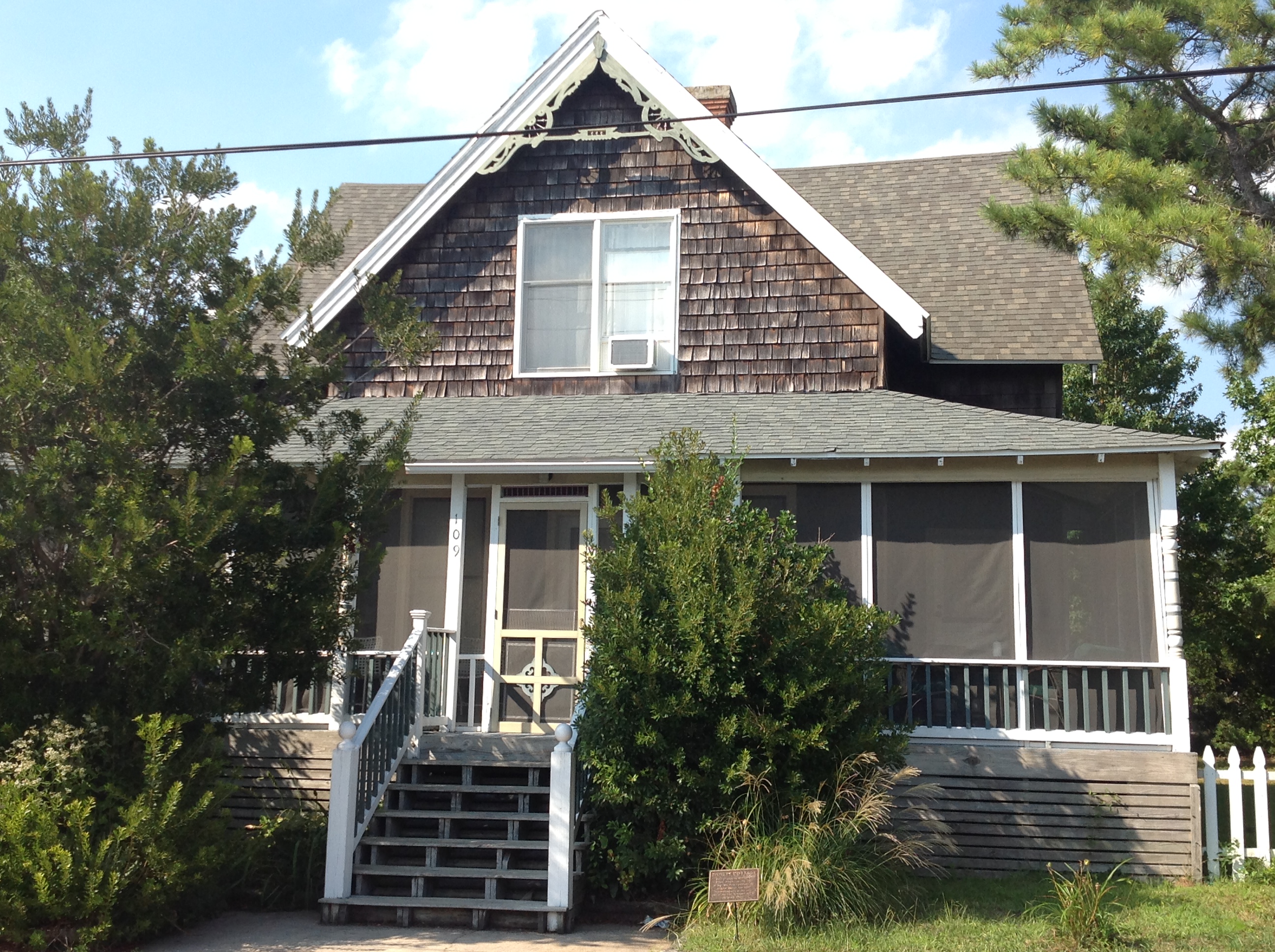 home in 1903. The home is still owned by the Errett family.

This folk-Victorian cottage is a symmetrical five-bay, one-and-a-half-story home. It has a side gable roof with a slight eave overhang supported by molded wooden brackets. The raking cornice adorns the roof-wall junction and lace-like spandrels add Queen Anne detailing to the gable pitch. An interior corbelled brick chimney is located in the ridge of the gable roof and weathered wood shingles cover the original clapboard siding. There is a large screened porch, with turned spindle supports, which encompasses the projecting gable-roof central wing. Centrally located, the wooden front door has a single large pane of glass set into the upper portion. Incised decorative detailing exists directly below the pane. Symmetrically placed, double-hung windows, exhibit a single pane in each sash. 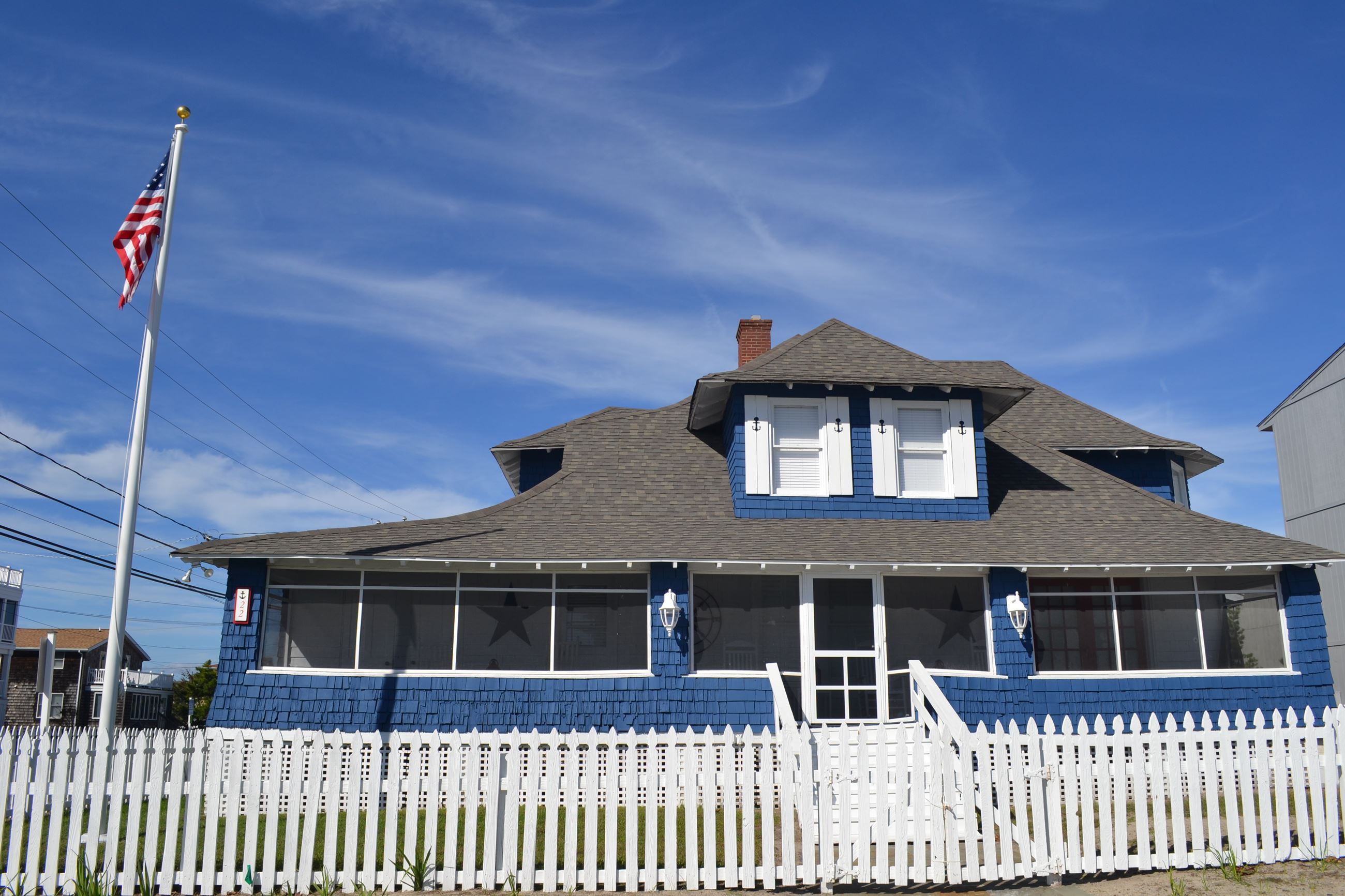 Built in 1905, the Drexler Cottage was the home of State Senator Louis Drexler.
The house was moved back from the ocean three times. It is now turned 90 degrees so that its front door faces south on Campbell Place instead of east, as originally built, when the Drexler family could walk down the front steps to the beach.

Journey's End was built in 1927 and enlarged and converted into a boarding house in the 1930s. The house was built as a single house although it appears to be two houses connected together.

Soldiers, who lived in the house while serving in World War II anti-aircraft defense, called the house Fort Maggie. The owner's name was Margaret Hughes. 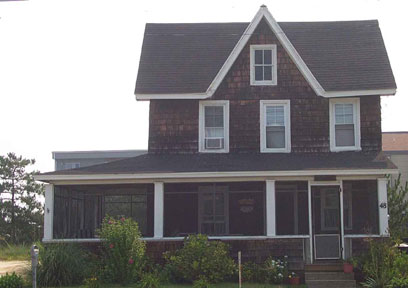 Built by R. S. Lattimer, one of the original six Pittsburgh businessmen, this is a cross-gable, three bay house, with a side hall entrance and a wrap around porch. Originally covered in clapboard siding with decorative lace spandrels in each gable pitch, this house is now covered in hand hewn wood shingles. 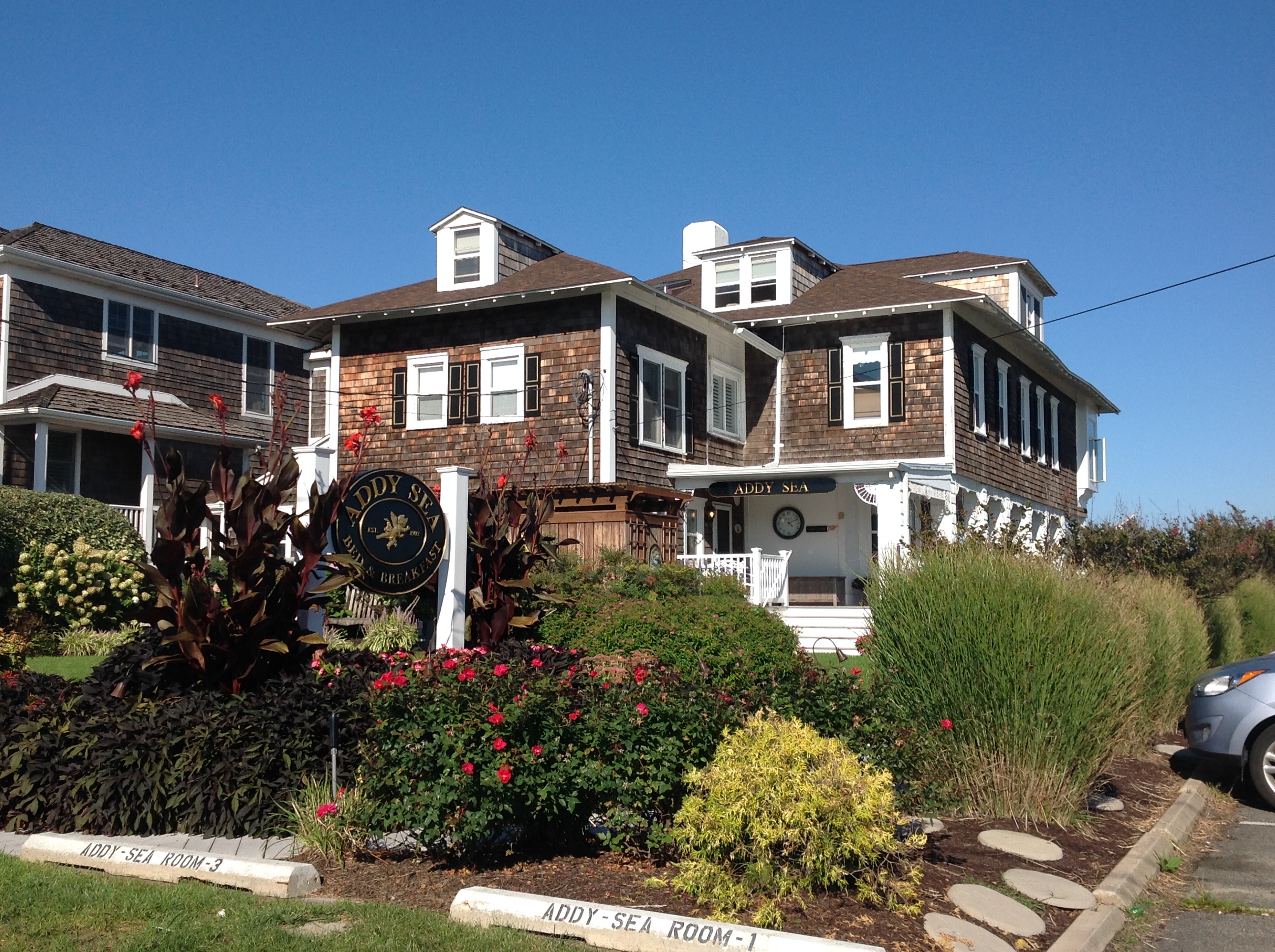 Located at 99 Ocean View Parkway and the beach

The Townsend House was built in the 1920s by Priney Townsend. In 1950, the house was turned and a full length deck was added on the ocean side. 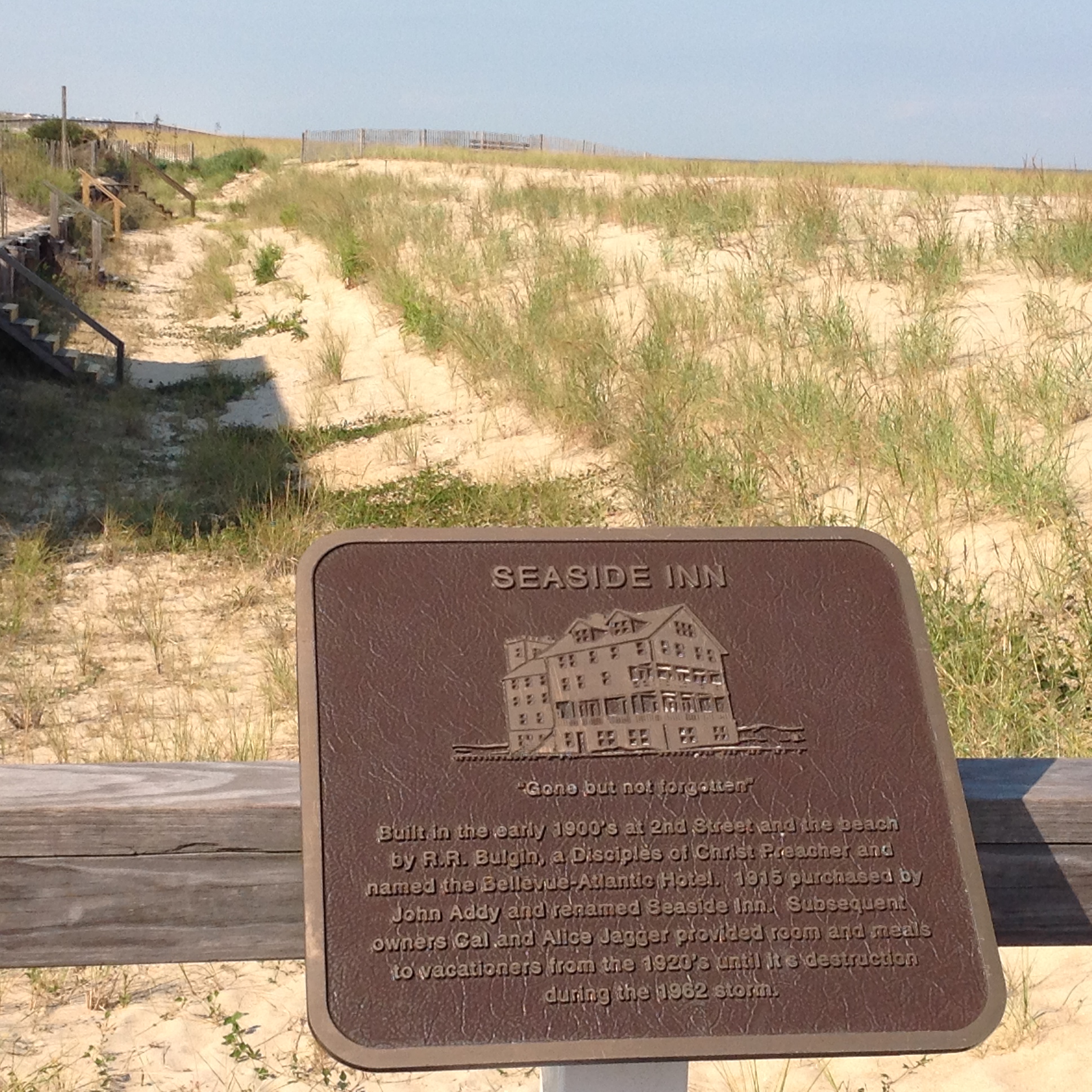 Located at Second and ocean

The Seaside Inn was built in the early 1900s and originally called Bellevue Atlantic Hotel. It was located at the north end of the boardwalk and wiped out bgy the March, 1962 Nor'easter.